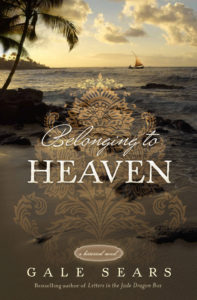 Hawaii. A land of deep tradition and rich culture. A people of family and faith. A paradise on earth.

Jonathan Napela is a descendant of the Hawaiian royal line, and his future is bright with a new wife and a position of influence in the community. As a devout man, he believes in God, but he feels there is something more—something he is missing. When he meets Elder George Q. Cannon and is introduced to The Church of Jesus Christ of Latter-day Saints, Jonathan feels as though he has finally found where he belongs.

Jonathan’s friendship with George provides remarkable opportunities for the young Hawaiian to grow in his new faith. His joy in the gospel is tested though, when he is challenged by those he once called friends, and later when he struggles to gather Saints to Laie. And when leprosy threatens to take his beautiful wife, Kitty, from him, Jonathan faces an impossible choice: send his wife to the leper colony of Moloka’i alone, or risk how own life to accompany her. Drawing on his deep reservoirs of faith, Jonathan comes to understand that opening his heart to sacrifice is the purest expression of love.

This novel, based on a true story, is an extraordinary example of a man who chooses to serve God and family when others might have given up.