Skip to content
Home Published Works The Silence of God

The Silence of God 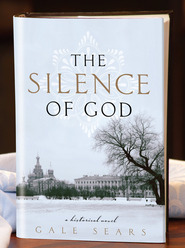 The Silence of God

At the turn of the twentieth century, St. Petersburg offers the best of Imperial Russia. The vast country is filled with grand cathedrals, a faithful populace, and many people who love and revere Tsar Nicholas II and the Romanov family. But as Russia becomes further entrenched in the Great War, a revolution begins brewing within her own borders.

For the wealthy Lindlof family, the only Latter-day Saints living in St. Petersburg at the time, the glitz and glamour of the Silver Age soon dissolves into mass rebellion, dividing their family and testing their faith. Life for Agnes Lindlof will never be the same — changed forever by an ideology that forces equality and demands the silence of God.

Agnes’s lifelong friend, Natasha Ivanovna Gavrilova, is the daughter of a professor and a firm supporter of Bolshevik ideals; she doesn’t believe in God at all. Yet, when the waves of the revolution wash over her family and her friends, Natasha must examine her own heart and decide for herself what to believe and what voice to listen to.

Based on an amazing true story of the only Latter-day Saint family living in St. Petersburg during the Bolshevik Revolution, The Silence of God is a rare glimpse into a fascinating period of history and a powerful, extraordinary novel of devotion and loyalty.

“A fascinating story. . . but readers beware: once begun, you won’t be able to put this book down.” — Holly Newton, Meridian Magazine

“Historical fiction at its best. . . I give this book my highest recommendation…” — Jennie Hansen, Meridian Magazine