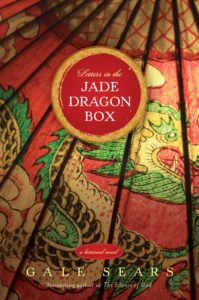 Truth. In mainland China from 1949 to 1976, truth is all but eradicated, suppressed and supplanted by the iron will of Mao Tse-tung. Millions of people suffer untold anguish as their history, their culture, and their lives are brought under communist rule. Many flee to Taiwan and Hong Kong.

As a child, Chen Wen-shan was taken from her family home in mainland China and sent to live with her great-uncle — a former general in the Nationalist Chinese army who had become one of the first converts to the LDS Church in Hong Kong. For ten years, Wen-shan has carried the sorrow of abandonment in her heart, with few memories of her life before. But at the death of Chairman Mao, fifteen-year-old Wen-shan receives a mysterious wooden box that holds a series of beautiful paintings and secret

letters that reveal the fate of the family she has not heard from in more than a decade.

As Wen-shan and her great-uncle read the letters in the jade dragon box, they discover an unbreakable bond between each other, their family — both past and present — and the gospel of Jesus Christ.

Letters in the Jade Dragon Box is a beautifully written LDS historical novel inspired by the real-life experiences of one man who was offered truth that would heal his heart, his spirit, and his family. His story helps shed light on a time and a place where, despite all odds, truth refused to be broken.